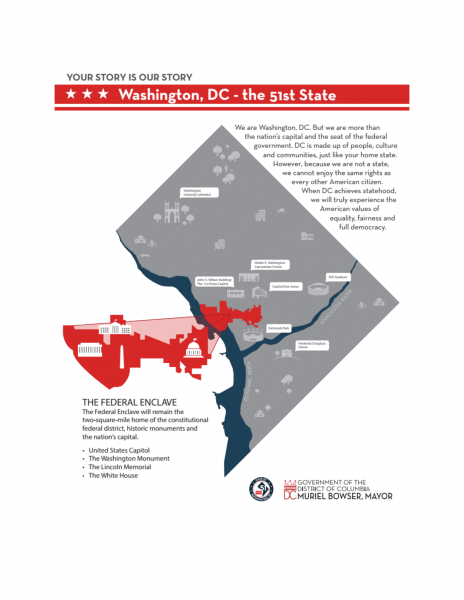 Since 1801, residents of Washington, DC, abiding by all obligations of United States citizenship, have desired to be equal to all other citizens of the United States of America.

Congress' power over the District
The United States is the only nation in the world with a representative, democratic constitution that denies voting representation in the national legislature to citizens of the capital. In addition, all local legislation, including DC's local budget, must go before Congress for approval. Congress routinely uses this approval period as an opportunity to interfere in local affairs.

Statehood for the People of DC

DC residents fulfill all the obligations of US citizenship and yet are denied representation.

We are Washington, DC—the 51st State.